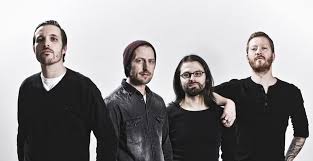 Long Distance Calling is a post-rock band from Münster, Germany, formed in 2006. The majority of their tracks are extended instrumentals. Long Distance Calling collaborated with guest vocalists including Peter Dolving from The Haunted (“Built Without Hands” from Satellite Bay), John Bush from Armored Saint (ex-Anthrax) (“Middleville” from Long Distance Calling) and Jonas Renkse from Swedish metal band Katatonia (“The Nearing Grave” from Avoid The Light). See for more.

The nearing grave (with Jonas Renkse from Katatonia)

Into The Black Wide Open