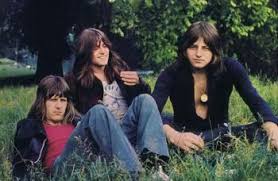 Emerson, Lake & Palmer, also known as ELP, are a sporadically active English progressive rock supergroup. They found success in the 1970s and have sold over forty million albums and headlined large stadium concerts. The band consists of Keith Emerson (keyboards), Greg Lake (bass guitar, vocals, guitar) and Carl Palmer (drums, percussion). They are one of the most popular and commercially successful progressive rock bands. See for more.

Fanfare For The Common Man

Pictures At An Exhibition

Still You Turn Me On