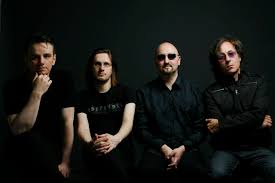 Porcupine Tree were an English rock band formed by musician Steven Wilson in 1987. The band began essentially as a solo project for Wilson, who created all of the band’s music. However, by 1993, Wilson desired to work in a band environment, and so brought on frequent collaborators Richard Barbieri on keyboards, Colin Edwin on bass and Chris Maitland on drums as permanent band members. With Wilson still in charge of guitar and lead vocals, this would remain the lineup until 2001, when the band recruited Gavin Harrison to replace Maitland on drums. See for more.

Cheating The Polygraph // Live from Anesthetize

The Start Of Something Beautiful

Fear Of A Blank Planet