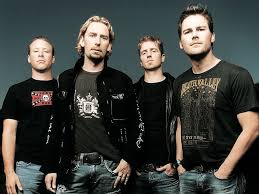 Nickelback is a Canadian rock band, founded in 1995. The name comes from the nickel (coin), which Mike Kroeger often had to give back as change to customers at his job in a coffee house. He said: “Here is your nickel back” (Here is your nickel back). The core of the band is from Hanna (Alberta). The group now operates from Vancouver. Nickelbacks breakthrough was helped by the fact that Canadian law stipulated that a certain percentage of music on the radio should come from Canadian bands. The single Hero of the soundtrack of the Spiderman film was sung by Nickelbacks Chad Kroeger and Saliva’s Josey Scott. See for more.

How You Remind Me

Trying Not To Love You