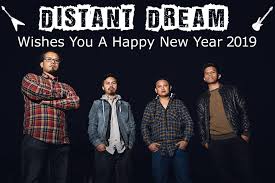 This isn’t actually a band per se, but rather a project along the lines of Arjen Anthony Lucassen’s Ayreon, LaBrie and Pauly’s Frameshift, Trent Gardner’s Explorers Club, or arguably even Pink Floyd’s ‘The Wall’. In this case the project is the multi- media, multinational realization of a sort of fable that might actually be based on some sort of folk legend. Even if it isn’t, the moral of the story is pretty much as old as time. And just to be clear, I wouldn’t put these guys in the same league as Ayreon, Frameshift, or any of Gardner’s many projects. For one thing they don’t have the resources or commercial backing that any of those other guys have. See for more.

A Touch Of The Sky

It All Starts From Pieces [Full Album]