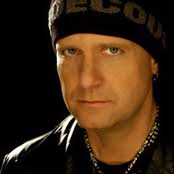 Kee Marcello (Kjell Hilding Löfbom) born 20 February 1960 in Ludvika, Sweden is a Swedish guitar player/vocalist, best known as the former guitarist in the hard rock bands Europe and Easy Action. He is currently pursuing his solo career. Throughout the years, Marcello played in various bands such as Stetson Cody Group, Norbom Hilke and Noice, before he formed Easy Action in 1982. They released two albums, Easy Action and That Makes One. Easy Action was the first Scandinavian band to sign a worldwide major label deal with a US label, with the Warner label Sire Records in 1983. Zinny J. Zan later left the band and was replaced by Tommy Nilsson . See for more.

Don’t Miss You Much

All the “Out of this world”