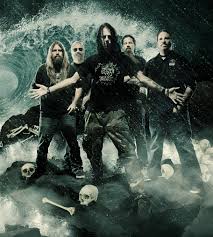 Lamb of God (sometimes abbreviated as LoG) is an American heavy metal band from Richmond, Virginia. Formed in 1994 as Burn the Priest, the group consists of bassist John Campbell, vocalist Randy Blythe, guitarists Mark Morton and Willie Adler, and drummer Art Cruz. The band is considered a significant member of the New Wave of American Heavy Metal movement. Since their formation, Lamb of God has released nine studio albums, one live album, one compilation album and three DVDs. See for more.

A Day In The Life

Walk With me in Hell