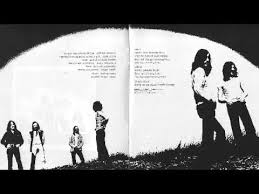 Not to be confused with a 1980s American band of the same name, Pell Mell was a symphonic band from Marburg, Germany (Marburg is also the name of the debut album). The band was formed in 1971 by keyboard player Otto Pusch, bass player Jorg Gotzfried, Rudolf Schon on vocals, recorder, and guitar, drummer Mitch Kniesmeijer, and Thomas Schmitt on violin, guitar, and vocals. The first album is characterized by a rough edge, especially in the vocals. Subsequent albums would smooth out the edges. See for more.

Frost Of An Alien Darkness

From the new World

The Clown and the Queen