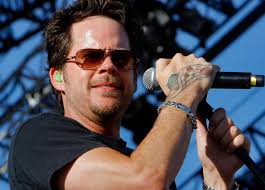 Gary Allan Herzberg (born December 5, 1967) is an American country music artist, known professionally as Gary Allan. Signed to Decca Records in 1996, Allan made his debut on the United States country music scene with the release of his single “Her Man”, the lead-off to his gold-certified debut album Used Heart for Sale, which was released in 1996 on Decca Records. A second album, It Would Be You, followed in 1998 on Decca. Allan’s third album, Smoke Rings in the Dark, was his first album for MCA Nashville (to which he has been signed ever since) and the first platinum album of his career. Its successors, Alright Guy (2001) and See If I Care (2003), were all certified platinum as well, while 2005’s Tough All Over and 2007’s Greatest Hits were both certified gold. A seventh studio album, Living Hard, was released later in 2007. See for more.

Best I Ever Had

It Ain’t The Whiskey

Learning How To Bend

Smoke Rings In The Dark