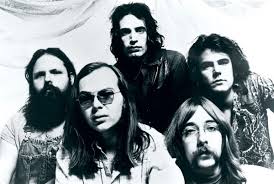 Steely Dan is an American rock band founded in 1972 by core members Walter Becker (guitars, bass, backing vocals) and Donald Fagen (keyboards, lead vocals). Blending rock, jazz, latin music, reggae, traditional pop, R&B, blues, and sophisticated studio production with cryptic and ironic lyrics, the band enjoyed critical and commercial success starting from the early 1970s until breaking up in 1981. Throughout their career, the duo recorded with a revolving cast of session musicians, and in 1974 retired from live performances to become a studio-only band. Rolling Stone has called them “the perfect musical antiheroes for the Seventies”. See for more.

Reelin’ in the Years

FM (No Static At All)