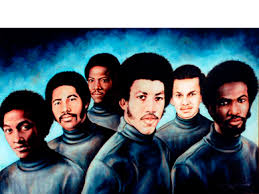 “Easy” is a 1977 hit single by Commodores for the Motown label, from their fifth studio album, Commodores. Written by Commodores lead singer Lionel Richie, the song, a slow ballad with country and western roots, expresses a man’s feelings as he ends a relationship. Rather than being depressed about the break-up, he states that he is instead “easy like Sunday morning” – something which Richie described as evocative of “small Southern towns that die at 11:30pm”, such as his own Tuskegee, Alabama. Richie wrote “Easy” with the intention of it becoming another crossover hit for the group, given the success of a previous single, “Just to Be Close to You”, which spent 2 weeks at #1 on the Billboard R&B chart and peaked at #7 on the Billboard Hot 100 pop charts in 1976. See for more.

Just to be close to you.