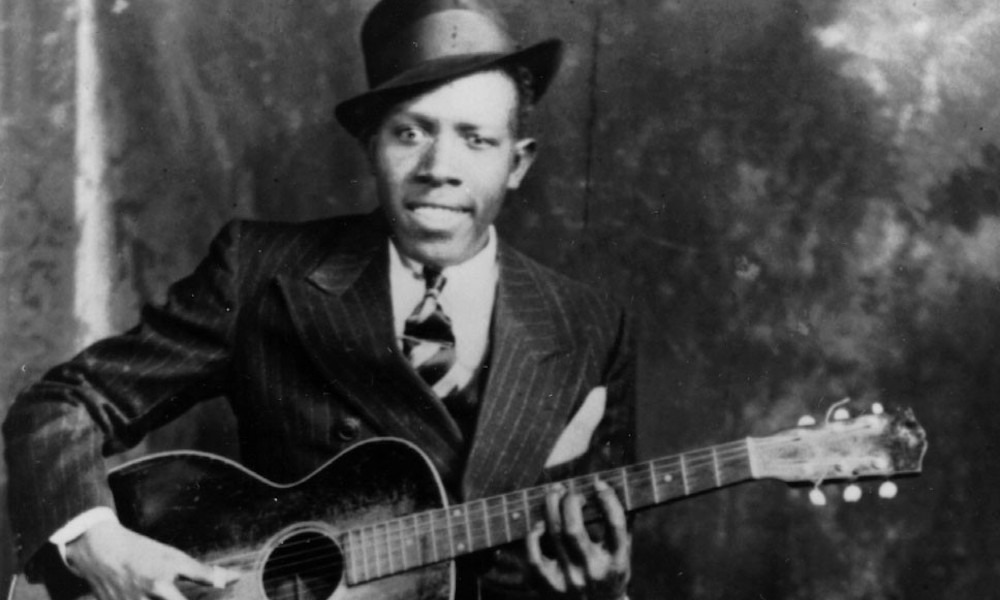 Robert Leroy Johnson (May 8, 1911 – August 16, 1938) was an American blues singer and musician. His landmark recordings from 1936–37 display a combination of singing, guitar skills, and songwriting talent that has influenced later generations of musicians. Johnson’s shadowy, poorly documented life and death at age 27 have given rise to much legend, including the Faustian myth that he sold his soul at a crossroads to achieve succes.. See for more.

And the Devil Legendado

Come On In My Kitchen

Hellhound On My Trail

I Believe I’ll Dust My Broom

Preaching blues (up jumped the devil)

When You Got A Good Friend

From Four Until Late