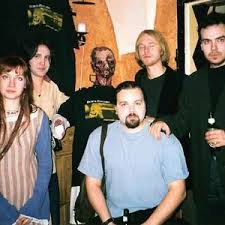 Anima Morte is an instrumental progressive rock band formed in Stockholm, Sweden 2004 by Fredrik Klingwall. Influenced by Goblin, Fabio Frizzi and other composers of the Italian giallo and zombie movies of the seventies and eighties. The group makes heavy use of authentic instruments from the era such as mellotron and analogue synthesizers. The debut album Face the Sea of Darkness was released in 2007 on American label Dead Beat Media. In May 2011 Swedish label Transubstans released the band’s second album The Nightmare Becomes Reality which also entered the Swedish album chart Sverigetopplistan at number 17. Anima Morte has also recorded various cover songs for the Colossus compilations released by French label Musea. See for more.

Suspicious Death of a Minor

He Who Dwells in Darkness

Blessing of the Dead

Illusion Is the Catalyst