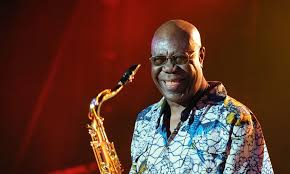 “Soul Makossa” is a song released as a single in 1972 by Cameroon saxophonist and songwriter Manu Dibango. It is often cited as one of the first disco records. In 1972, David Mancuso found a copy in a Brooklyn West Indian record store and often played it at his The Loft parties. The response was so positive that the few copies of “Soul Makossa” in New York City were quickly purchased. The song was subsequently played heavily by Frankie Crocker, who deejayed at WBLS, then New York’s most popular black radio station. Since the original release was so obscure, at least 23 groups quickly released cover versions to capitalize on the demand for the record. See for more.