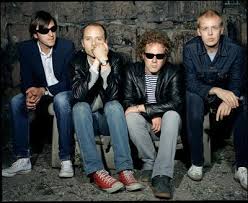 Madrugada is a Norwegian alternative rock band formed in the town of Stokmarknes in 1993. The key band members included Sivert Høyem (vocals), Robert Burås (guitar) and Frode Jacobsen (bass). After Burås’ death on 12 July 2007, Høyem and Jacobsen decided to finish recording what was to be their final album. On 21 January 2008, the band released Madrugada and announced that they would split after one last tour. They performed their final concert on 15 November 2008. See for more.

Hands Up – I Love You

Hold On To You

Only When You’re Gone