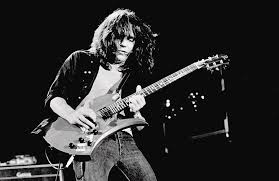 Craig Chaquico or Chaquiço (/tʃəˈkiːsoʊ/ chə-KEE-soh; born September 26, 1954) is an American guitarist, songwriter, composer, and record producer, of Portuguese descent. He is a founding member of the rock bands Jefferson Starship and Starship and the only member of both bands to play on every song, album, tour, and video. Since 1993, Chaquico has pursued a solo career as a contemporary acoustic jazz guitarist and composer. Chaquico was born and raised in Sacramento, California and attended La Sierra High School in the suburb of Carmichael. His mother, Muriel, was a state government employee, and his father, Bill, was an upholstery craftsman who owned his own business. See for more.

Gathering of the Tribes

Return Of The Eagle