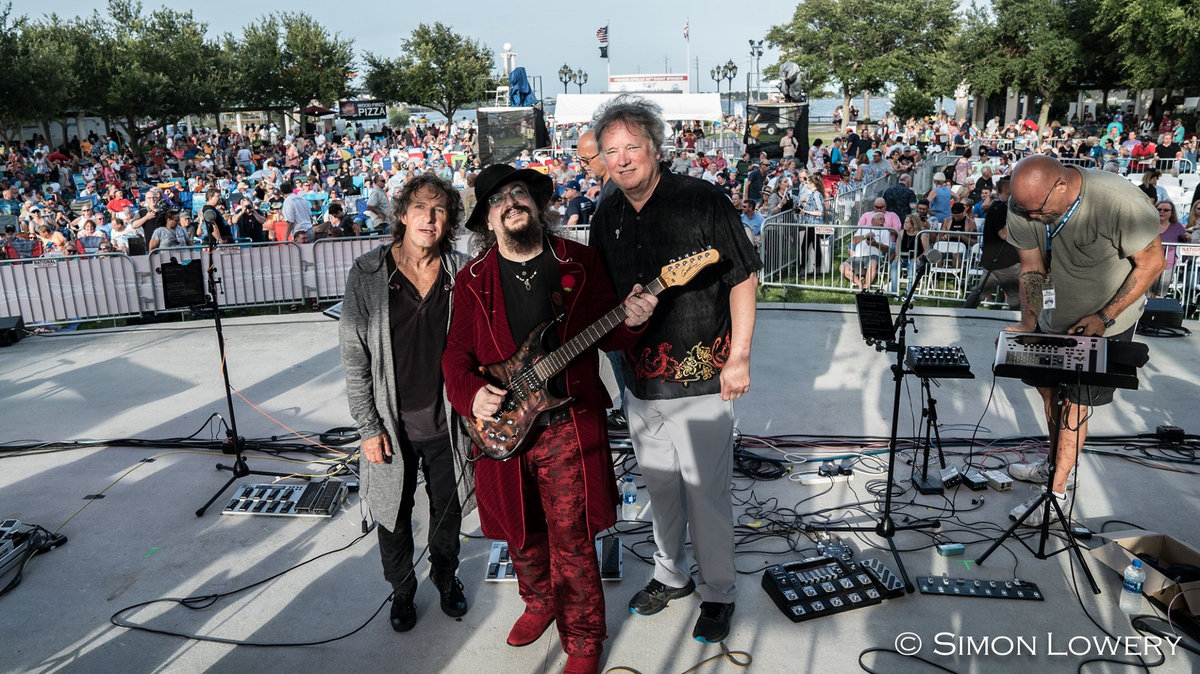 Edison’s Children are an “Epic” science fiction-oriented progressive rock trio, featuring Rick Armstrong (Son of Astronaut Neil Armstrong), Pete Trewavas (Marillion and Transatlantic) and Eric Blackwood. Edison’s Children is known for writing “Epic” concept albums with songs that can reach over an hour in length which are divided up into many smaller “movements” or sections. They are considered by many to be in the “neo-prog” genre that combines elements of Pink Floyd, Marillion, Porcupine Tree, Genesis and Rush but are known for having their own unique and distinctive “sound”. Edison’s Children have released four albums to date as well as two EPs and one “Making of” release … the latest being the 68 minute long “The Disturbance Fields” released on July 20, 2019 on the anniversary of Apollo 11 and Rick’s dad Neil Armstrong landing on the moon. See for more.

In The Last Waking Moments