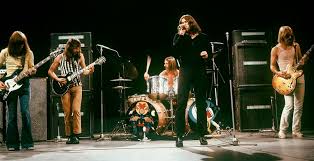 The group Q65 or Q’65 is a pop group from The Hague in the sixties of the twentieth century. The group was known for its rough, consciously ugly sound. The name of the group was often abbreviated to the ‘Q’, or ‘Kjoe’. The group was founded by the guitarists Joop Roelofs and Frank Nuyens, together with singer Willem Bieler. Bass player Peter Vink and drummer Jay Baar knew each other before the founding of Q65 in January 1965, from the band Leadbelly’s Limited. The band debuted in 1966 with the album Revolution. See for more.

The life i live

Ridin’ On A Slow Train

Get Out of My Life

love is such good thing

Cry in the night

So High I’ve Been So Down I Must Fall

Bring It On Home