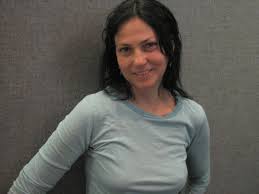 Lisa Ruth Germano (born June 27, 1958) is an American singer-songwriter and multi-instrumentalist from Indiana. Her album Geek the Girl (1994) was chosen a top album of the 1990s by Spin magazine. She began her career as a violinist for John Mellencamp. As of 2018 she has released thirteen albums. Germano was born in Mishawaka, Indiana, one of five children of violinist Rocco and Betty Germano. She studied music, including piano and violin, as a child. When she was seven, she composed a fifteen-minute opera for the piano. Germano was working as a violinist when rock singer John Mellencamp invited her to play on his album. For seven years she toured and recorded as a member of Mellencamp’s band. See for more.

The Darkest Night Of All

If I Think Of Love