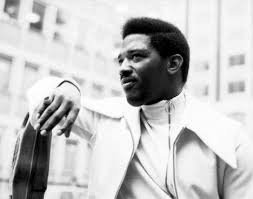 Edwin Starr (born Charles Edwin Hatcher; January 21, 1942 – April 2, 2003) was an American singer and songwriter. Starr was famous for his Norman Whitfield-produced Motown singles of the 1970s, most notably the number-one hit “War”. Starr was born in Nashville and raised in Ohio, and later lived in Detroit while singing for Ric-Tic and Motown Records. He was backed by the band that would become known as “Black Merda”. Hawkins and Veasey of the group played on most of his early hits on the Ric Tic Label. Starr’s songs “25 Miles” and “Stop the War Now” were also major successes, in 1969 and 1971 respectively. In the 1970s Starr’s base shifted to the United Kingdom, where he continued to produce music, and resided until his death. See for more.

Has it happened to you

He Who Picks A Rose

I have faith in you

Stop her on sight

You Took Me This Far Take Me All The Way