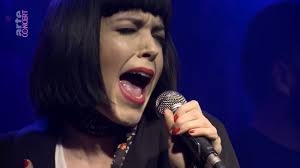 Elise Madeline LeGrow (born June 4, 1987) is a Canadian recording artist and songwriter. Elise was offered a publishing deal from Sony/ATV Music Publishing following a live performance at the 2009 NXNE music festival in Toronto. Elise’s first release, “No Good Woman,” was the most added single on adult contemporary radio in Canada the week of April 7, 2012. The single peaked at number six on the Nielsen BDS Adult Contemporary chart, and remained in the top 10 for 13 weeks. In 2016, Elise signed with Awesome Music in Canada, which brought on S-Curve/BMG as her label in the US. Later in 2016, she recorded a full length concept album of Chess Records covers entitled Playing Chess. See for more.

Who Do You Love

You Never Can Tell

Over The Mountain, Across The Sea

Drinking In The Day