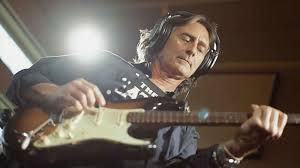 Allen Hinds is an American guitarist who has recorded or performed with Natalie Cole, BeBe & CeCe Winans, The Crusaders, Hiroshima, Roberta Flack, Randy Crawford, Bobby Caldwell, James Ingram, Marilyn Scott, Eric Marienthal, Marc Antoine, Gino Vannelli and Boney James, among many others. His songs have appeared on the TV shows Lucky, JAG, Pawn Stars, Sons of Guns and Sliced, among others. He is also an instructor was an artist in residence at the Musicians Institute in Hollywood, California and has released five solo albums. See for more.