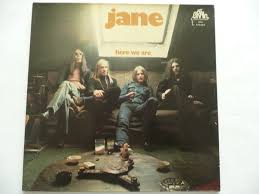 Hardly another German rock act looks back on as long and successful a history as JANE. Founded in autumn 1970, after bassist Klaus Hess, saxophonist Werner Nadolny and vocalist Peter Panka had split from the professional act, Justice of Peace, changing not only their musical environment but also their instruments, Hess switched to guitars, Nadolny to organ, and Panka to drums. The original line-up, who cut the debut album, Together, in 1971, also featured bassist Charly Maucher. JANE attracted hordes of fans not only in Germany, but also in Austria and Switzerland.. See for more.

Between Heaven and Hell

Voice In The Wind

Rest of my live

Air (Let the sunshine in)