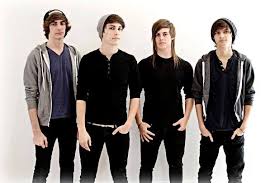 Polyphia is a primarily instrumental progressive rock band based in Dallas, Texas,  formed in 2010. Polyphia first achieved mainstream success when the guitar play-through of “Impassion”, from the EP, Inspire, went viral on YouTube. The band continues to grow in popularity and have gone on several national tours sharing the stage with the likes of other progressive metal giants such as Periphery, Between the Buried and Me, and August Burns Red. See for more.