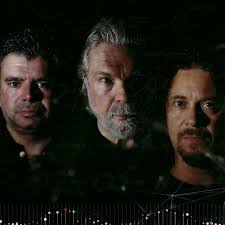 Arena are an English neo-progressive rock musical group founded in 1995. The band’s style ranges from symphonic to hard rock. Arena was founded in 1995 by Clive Nolan keyboardist of Pendragon and Shadowland, and Mick Pointer, the original drummer of Marillion, his tenure lasting from 1979 until 1983. The other founding members of the band were guitarist Keith More, vocalist John Carson, and bassist Cliff Orsi. Orsi was replaced by John Jowitt (of IQ) in the band’s inaugural year, whilst Carson and More left the band in 1996 and 1997, and were replaced by Paul Wrightson and John Mitchell (of Frost*) respectively. See for more.

How Did It Come To This?

Spectre At the Feast

Markings on a Parchment