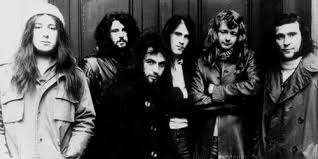 Gentle Giant were a British progressive rock band active between 1970 and 1980. The band was known for the complexity and sophistication of its music and for the varied musical skills of its members. All of the band members, except Malcolm Mortimore, were multi-instrumentalists. Although not commercially successful, they did achieve a cult following. The band’s onetime stated aim was to “expand the frontiers of contemporary popular music at the risk of becoming very unpopular”, although this stance was to alter significantly with time. See for more

All Through the Night

I Lost My Head

Think Of Me With Kindness

The Power And The Glory 02 So Sincere

The Advent of Panurge

The Boys in the Band