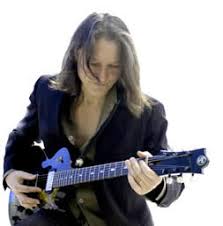 Robben Ford (born December 16, 1951) is an American blues, jazz and rock guitarist. He was a member of the L.A. Express and has collaborated with Miles Davis, Joni Mitchell, George Harrison and KISS. He was named one of the “100 Greatest Guitarists of the 20th Century” by Musician magazine. Robben Ford was born in Woodlake, California and raised in Ukiah, California. He began playing the saxophone at age 10 and the guitar at age 14. Robben and his brothers created the Charles Ford Blues Band in honor of their father. See for more.

My Love Will Never Die

Something For The Pain

The Way You Treated Me