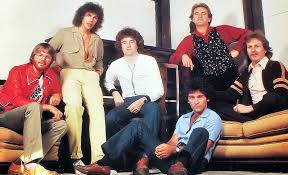 Little River Band is an Australian pop group that was founded in 1975 in Melbourne. The name of the band is derived from a traffic sign towards the municipality of Little River, close to the city of Geelong. Little River Band was the first Australian band with continued commercial success in the United States. During their existence, the band has sold more than 25 million albums and made 13 American top 40 hits. The original members of the band were lead singer Glenn Shorrock, Graeham Goble and Beeb Birtles, who both played guitar and sang, and guitarist Ric Formosa, bassist Roger McLachlan and drummer Derek Pellicci. Beeb Birtles is the stage name of Gerard Bertelkamp, ​​who was born in Amsterdam in 1948 and emigrated to Australia with his parents in 1957. See for more.

It’s A Long Way There

Help is on its way

Take It Easy on Me

Listen To Your Heart

Face In The Crowd