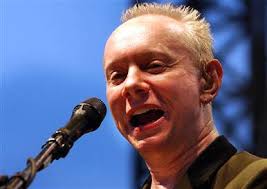 Joe Jackson (born David Ian Jackson, 11 August 1954[1]) is an English musician and singer-songwriter now living in Berlin, whose five Grammy Award nominations span from 1979 to 2001.[2] He is probably best known for the 1979 hit song and first single “Is She Really Going Out with Him?”, which still gets extensive US FM radio airplay; for his 1982 hit, “Steppin’ Out”; and for his 1984 success with “You Can’t Get What You Want (Till You Know What You Want)”. He was popular for his pop/rock and New Wave music early on before moving to more eclectic, though less commercially successful, pop/jazz/classical hybrids. See for more.

Is she really going out with him

The Harder They Come

Be My Number Two