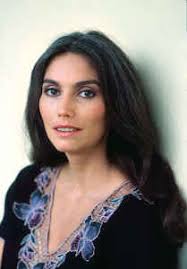 Emmylou Harris (born April 2, 1947) is an American singer and songwriter. She has released many popular albums and singles over the course of her career, and – as of 2015 – she had won 13 Grammys as well as numerous other awards. Her work and recordings include work as a solo artist, a bandleader, an interpreter of other composers’ works, a singer-songwriter, and a backing vocalist and duet partner. She has worked with numerous leading artists, including Gram Parsons, Bob Dylan, John Denver, Linda Ronstadt, Dolly Parton, Roy Orbison, the Band, Patty Griffin, Mark Knopfler, Delbert McClinton, Guy Clark, Willie Nelson, Bright Eyes, Rodney Crowell, John Prine, Neil Young, Cyndi Lauper, Steve Earle, and Ryan Adams. See for more

Tougher Than The Rest

Didn’t Leave Nobody But The Baby

Save the last dance for me

if i needed you

If I Needed You live