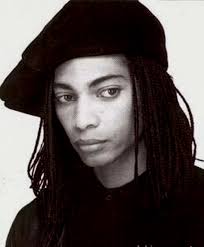 Sananda Francesco Maitreya (born Terence Trent Howard in Manhattan, New York, New York on March 15, 1962), better known by his former stage name Terence Trent D’Arby, is an American singer-songwriter who came to fame with his album Introducing the Hardline According to Terence Trent D’Arby, released in July 1987, which included the singles “Wishing Well” and “Sign Your Name”.  Sananda Maitreya was born Terence Trent Howard in Manhattan in 1962. His mother is Frances Darby, a gospel singer, teacher and counselor who married Bishop James Benjamin Darby, who became his stepfather and raised him, hence “his last name changed and later he completed it with the apostrophe.” Maitreya was known to childhood friends as Terry Darby. His family moved successively from New York to New Jersey, to Chicago, to Daytona Beach, and then settled in DeLand, Florida, north of Orlando. See for more.

HOLDING ON TO YOU

If You Let Me Stay

Let Her Down Easy