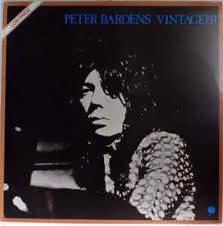 Peter Bardens (19 June 1944 – 22 January 2002) was an English keyboardist and a founder member of the British progressive rock group Camel. He played keyboards, sang, and wrote songs with Andrew Latimer. During his career, Bardens worked alongside Rod Stewart, Mick Fleetwood and Van Morrison. He also recorded solo albums. Bardens was born n Westminster London to Dennis Bardens, a novelist and biographer, and grew up in Notting Hill. He studied fine art at Byam Shaw School of Art, and learned the piano, before switching to the Hammond organ after listening to Jimmy Smith. See for more.

Is it Any Wonder