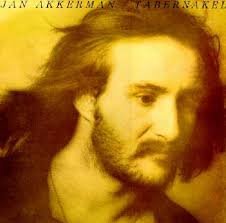 Jan Akkerman (born 24 December 1946) is a Dutch guitarist. Akkerman is a distinctive guitar player, constantly experimenting with new equipment and guitars. Akkerman’s distinctive sound is characterised by his pioneering use of volume swells which produce a smooth, fluty, sustained tone, and other complex techniques such as sweep picking, tapping, and high-speed alternate picking. He also pioneered the use of the lute in a rock band, reflecting his interest in medieval and Renaissance music and culture. He first reached world acclaim in the 1970s when he was seen as the core of the Dutch rock band, Focus, together with Thijs van Leer. See for more.

Am I Losing You

Night Of The Guitars

WHILE MY GUITAR GENTLY WEEPS