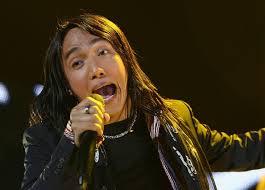 Arnel Campaner Pineda (born September 5, 1967) is a Filipino singer and songwriter. He came to prominence in the Philippines during the 1980s and internationally in 2007 as the lead singer of the American rock band Journey. Arnel Pineda was born on September 5, 1967 at St. Jude Thaddeus Diagnostic Clinic in Tondo, Manila, Philippines to Restituto Lising Pineda and Josefina Manansala Campaner. His mother instilled his love for singing at an early age, encouraging him to sing along to songs from his favorite singers like Karen Carpenter and Barbra Streisand. Growing up, his parents entered him in many singing contests. See for more.

After All These Years

Livin’ On A Prayer – Orianthi and Arnel Pineda