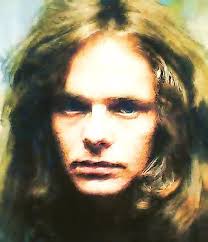 Paul Francis Kossoff (14 September 1950 – 19 March 1976) was an English guitarist best known as a member of Free. He was ranked 51st in Rolling Stone magazine list of the “100 Greatest Guitarists of All Time”. Kossoff was the son of Margaret (Jenkins) and the English actor David Kossoff.[ His father was of Russian-Jewish descent. Kossoff started playing the guitar in the mid-1960s, being taught by session guitarist Colin Falconer, and at age 15 helped to found the band Black Cat Bones. The band played with touring blues piano player Champion Jack Dupree, did many supporting shows for Fleetwood Mac and other gigs with Fleetwood Mac cofounder Peter Green. See for more.

All The Girls Are Crazy

The Band Plays On

I’m On The Run

Just For The Box