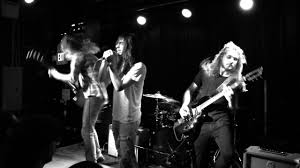 Doc Holliday are a Southern rock band from Macon, Georgia, named after Western legend Doc Holliday. The band was known as Roundhouse, before they got a recording contract. After the name change, one would frequently hear audience members shout, “Roundhouse, Dammit!!”. The original lead guitarist, Bruce Brookshire, is now the pastor in a non-denominational church in Warner Robins. Their debut album of the same name entered the Top 30 of the Billboard 200 in 1981. Their second album, Doc Holliday Rides Again topped that success. See for more.

Son Of The Morning Star

Song for the Outlaw