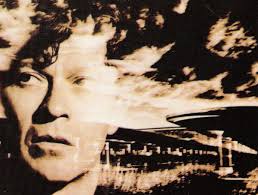 Robbie Robertson, OC (born Jaime Robert Klegerman; July 5, 1943) is a Canadian singer-songwriter and guitarist. He is best known for his work as lead guitarist and primary lyricist within The Band. He was ranked 59th in Rolling Stone magazine’s list of the 100 Greatest Guitarists of All Time. The Band has been inducted into the Rock and Roll Hall of Fame and the Canadian Music Hall of Fame. As a songwriter, Robertson is credited for such classics as “The Weight”, “The Night They Drove Old Dixie Down”, “Up On Cripple Creek”, “Broken Arrow” and “Somewhere Down the Crazy River”, and has been inducted into the Canadian Songwriters Hall of Fame. See for more.

Somewhere Down The Crazy River