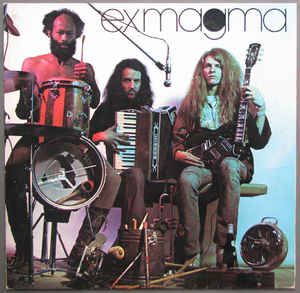 Exmagma are a three-piece German experimental jazz-rock and krautrock band who released two albums in the early 1970s. They were formed in Stuttgart by Thomas Balluff, Andy Goldner, and Fred Braceful, who was a former member of jazz group Et Cetera.[1] The first two albums Exmagma and Goldball were released in 1973 and 1974 respectively, while Exmagma 3 from 1975 was released in 2006. The band were included on the Nurse With Wound list. See for more.