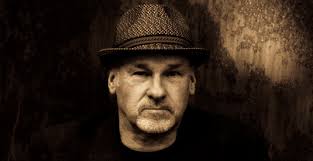 Paul Melvyn Carrack (born 22 April 1951) is an English singer, songwriter, composer and multi-instrumentalist who has recorded as both a solo artist and as a member of several popular bands. The BBC dubbed Carrack “The Man with the Golden Voice”,[while Record Collector remarked: “If vocal talent equalled financial success, Paul Carrack would be a bigger name than legends such as Phil Collins or Elton John.” Carrack rose to prominence in the mid-1970s as the frontman and principal songwriter of Ace, and gained further recognition for his work as a solo artist and for his tenures as a member of Roxy Music, Squeeze and Roger Waters’ backing band, The Bleeding Heart Band, intermittently handling lead vocals on Squeeze and Waters recordings. See for more.

The reason was you

Love will keep us alive


No easy way out

For once in our lives.

Another Cup Of Coffee

Nothing more than a memory

You Give Me Something