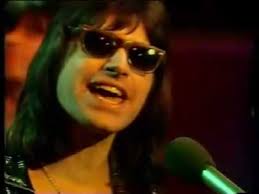 Russell Glyn “Russ” Ballard (born 31 October 1945, Waltham Cross, Hertfordshire, England[1]) is an English singer, songwriter and musician. Ballard (formerly of Rick Nicholl and the Rebels) was initially a guitarist (Hofner Club 60), appearing stage left, with Buster Meikle & The Day Breakers in 1961, together with Roy Ballard (Russ’s older brother) on piano playing behind him, Bernie Benson on bass to the right, and Bob Henrit on drums. After a stint with The Roulettes, backing Adam Faith, he then went on to join Unit 4 + 2 in the early 1960s, before becoming the lead singer and guitarist of Argent (along with Henrit, who joined as drummer), writing their hit “God Gave Rock and Roll to You”,[1] which would later be covered by both Petra and KISS. See for more.

I Can’t Hear You No More