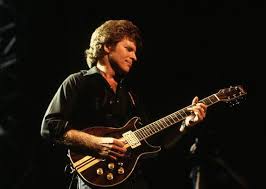 Fogerty (born May 28, 1945) is an American musician, songwriter, and guitarist, early in his career best known as the lead singer and lead guitarist for the band Creedence Clearwater Revival (CCR) and later as a successful solo recording artist. Fogerty was listed on Rolling Stone magazine’s list of 100 Greatest Guitarists (at number 40) and the list of 100 Greatest Singers (at number 72). Fogerty was born in Berkeley, California, and is the younger brother of the late Tom Fogerty. John and Tom are of Irish descent. He attended El Cerrito High School along with the other members of CCR and took guitar lessons from Berkeley Folk Festival creator/producer Barry Olivier. See for more.

Born On The Bayou

I Put a Spell on You

Have You Ever Seen The Rain?