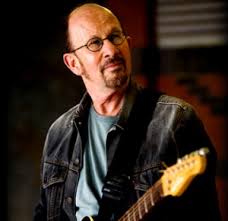 Christopher Hamlet Thompson (born 9 March 1948) is an English singer and guitarist known both for his work with Manfred Mann’s Earth Band, specifically for his lead vocal on the classic hit “Blinded By the Light” and for his solo accomplishments. Thompson was born in Ashford, Kent, England, but raised in New Zealand. His early musical experiences were whilst still at school with the band The Paragons that played at weekly church youth club dances. Later, as his talent became clear, the band was reformed as Dynasty with other musicians and achieved much local success on the New Zealand music scene. Thompson’s last band in New Zealand was Mandrake, formed with university friends who played the Friday and Saturday night dances in and around Hamilton City. See for more.

IF YOU REMEMBER ME

Take Me To Heaven

Secrets In The Dark