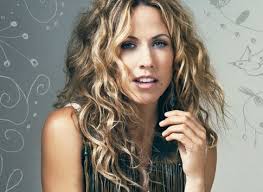 Sheryl Suzanne Crow (born February 11, 1962) is an American musician, singer, songwriter, and actress. Her music incorporates elements of pop, rock, country, jazz, and blues. She has released ten studio albums, four compilations, two live albums, and has contributed to a number of film soundtracks. Her songs include “All I Wanna Do”, “If It Makes You Happy”, “My Favorite Mistake” and the theme song for the 1997 James Bond film Tomorrow Never Dies. She has sold more than 50 million albums worldwide. Crow has garnered nine Grammy Awards (out of 32 nominations) from the National Academy of Recording Arts and Sciences.  See for more.

The First Cut Is The Deepest

All I Wanna Do

I Want You Back

Always On Your Side

If It Makes You Happy

Tell Me When It’s Over

Soak Up The Sun