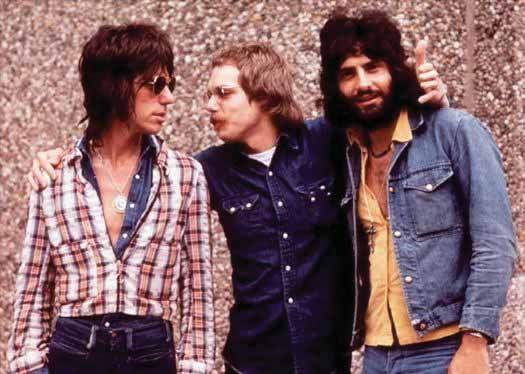 Beck, Bogert & Appice was a rock supergroup and power trio formed by English guitarist Jeff Beck, evolving from the Jeff Beck Group. It included bassist Tim Bogert and drummer Carmine Appice, Americans who had played together in Vanilla Fudge and Cactus. Beck had been keen to work with Tim Bogert and Carmine Appice after encountering the two in 1967 and after subsequent meetings and sessions such as those which took place between July 6 and 10, 1969. In early August 1969, Beck commented to Alan Smith from New Musical Express: On September 13, 1969, Melody Maker reported in its “Raver” column that Beck had added Carmine Appice and Tim Bogert to his band. Beck and his manager Peter Grant arranged to finalize contracts with Bogert and Appice in November 1969. See for more.

Lose Myself with You