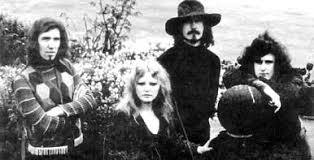 Can was a German experimental rock band formed in Cologne, West Germany in 1968 by the core quartet of Holger Czukay (bass), Irmin Schmidt (keyboards), Michael Karoli (guitar), and Jaki Liebezeit (drums). The group cycled through several vocalists, including Malcolm Mooney (’68–70) and Damo Suzuki (’70–73), as well as various temporary members. Drawing from backgrounds in the avant-garde and jazz, Can incorporated minimalist, electronic, and world music elements into their often psychedelic and funk-inflected music. See for more.