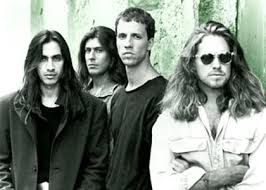 Extreme is an American rock band, headed by frontmen Gary Cherone and Nuno Bettencourt, that reached the height of their popularity in the late 1980s and early 1990s. Among some of Extreme’s musical influences are Van Halen, Queen, Aerosmith and Led Zeppelin. The band played at The Freddie Mercury Tribute Concert in 1992, also jammed with Brian May and Van Halen, and Cherone joined Van Halen in 1996. The band has described their music as “funky metal” in the early days, but it would evolve much more in the mid-1990s by blending classic rock influences with post-grunge and alternative rock. See for more.

King Of The Ladies