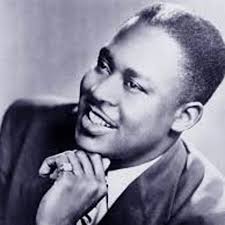 Memphis Slim (September 3, 1915 – February 24, 1988) was an American blues pianist, singer, and composer. He led a series of bands that, reflecting the popular appeal of jump blues, included saxophones, bass, drums, and piano. A song he first cut in 1947, “Every Day I Have the Blues”, has become a blues standard, recorded by many other artists. He made over 500 recordings. Memphis Slim was born John Len Chatman, in Memphis, Tennessee. For his first recordings, for Okeh Records in 1940, he used the name of his father, Peter Chatman (who sang, played piano and guitar, and operated juke joints); it is commonly believed that he did so to honor his father.  See for more.

The Blues is Everywhere

Every Day I Have The Blues

I’m lost without you

You Got To Help Me Some

When Your Dough Roller Is Gone