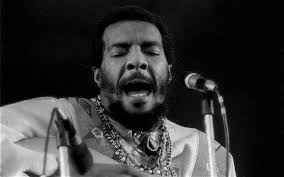 Richard Pierce “Richie” Havens (January 21, 1941 – April 22, 2013) was an American singer-songwriter and guitarist. His music encompassed elements of folk, soul, and rhythm and blues. He had an intense and rhythmic guitar style (often in open tunings), and played soulful covers of pop and folk songs. He was the opening act at the 1969 Woodstock Festival. Born in the Bedford-Stuyvesant neighborhood of Brooklyn, Havens was the oldest of nine children. He was of Native American (Blackfoot) descent on his father’s side and of the British West Indies on his mother’s. His grandfather was Blackfoot of the Montana/South Dakota area. See for more.