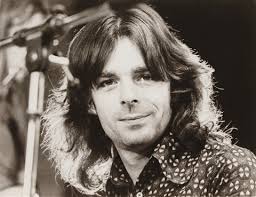 Richard William “Rick” Wright (28 July 1943 – 15 September 2008) was an English musician, singer and songwriter, best known for his career with Pink Floyd. Wright’s richly textured keyboard layers were a vital ingredient and a distinctive characteristic of Pink Floyd’s sound. Wright frequently sang background and occasionally lead vocals on stage and in the studio with Pink Floyd (most notably on the songs “Time”, “Echoes”, “Wearing the Inside Out”, “Astronomy Domine” and “Matilda Mother”). Though not as prolific a songwriter as his bandmates Roger Waters and David Gilmour, he wrote significant parts of the music for classic albums such as Meddle, Dark Side of the Moon and Wish You Were Here, as well as for Pink Floyd’s final studio album The Division Bell. See for more.

& Dave Harris(Zee) – Seems We Were Dreaming