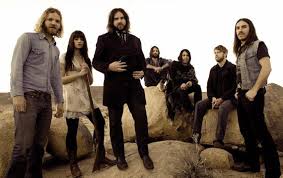 The Brian Jonestown Massacre is an American musical project and band led and started by Anton Newcombe. It was formed in San Francisco in 1990. The group was the subject of the 2004 documentary film called Dig!, and have gained media notoriety for their tumultuous working relationships as well as the erratic behavior of Newcombe. The collective has released 18 albums, five compilation albums, five live albums, 13 EPs, 16 singles as well as two various-artist compilation albums to date. The bandname is a portmanteau of deceased Rolling Stones founder Brian Jones and the 1978 Jonestown Massacre. See for more.

Straight Up And Down

If Love Is The Drug